Ethereum vs Ethereum Classic: Which Is Better? 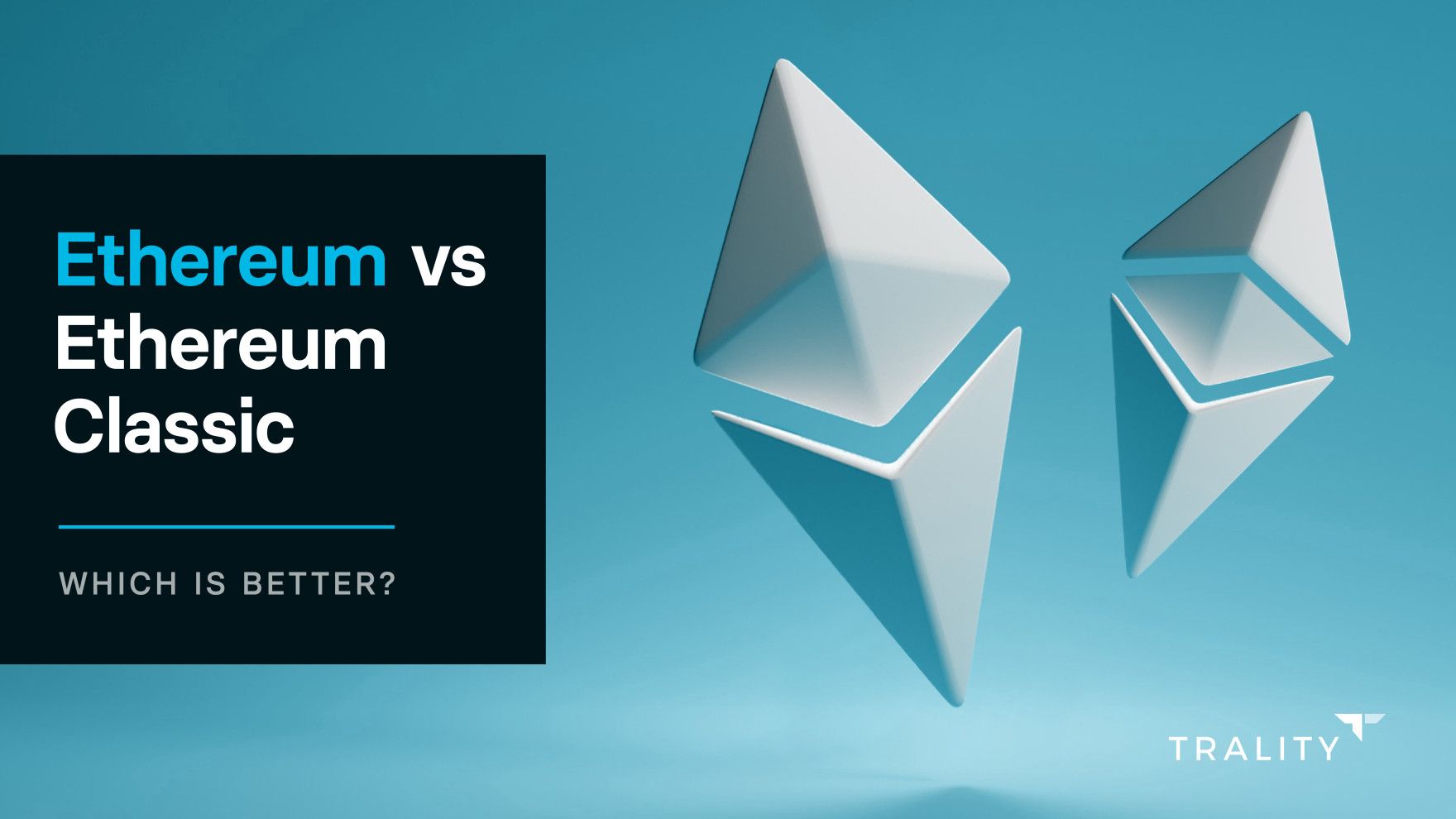 Ethereum and Ethereum Classic are similar in many respects, but each has unique qualities that distinguishes it from the other. In this article, we’ll compare Ethereum vs. Ethereum Classic to help you decide which one is right for you.

A perennial entry on lists of the best cryptocurrencies for investors, Ethereum is a decentralized, open-source software platform based on blockchain technology. It enables the use of smart contracts and distributed applications to be built on top of it. Smart contracts are self-executing agreements that the blockchain network can verify.

As a key component of what is known as DeFi or decentralized finance, it can be used to create secure digital applications as well as to operate any kind of business or financial contract. It has its own native token, ether (ETH), which can be used to power transactions and execute smart contracts on the Ethereum network.

In June 2016, the Ethereum blockchain was hacked, and approximately $60 million worth of ETH was stolen. A hard fork was performed to regain control of the network, creating two versions of the blockchain: Ethereum and Ethereum Classic. Both ETH and ETC are based on the same project but differ from one another in many unique ways.

What is Ethereum Classic?

Ethereum Classic is a popular cryptocurrency, one that is decentralized, open source, and offers smart contracts capabilities. It was the original Ethereum blockchain, and its native currency is called ETC.

In addition to securing the network, the hard fork ensured that all stolen funds were returned to their rightful owners. Ethereum supporters were initially divided over the measures taken to rectify the situation, as some felt that Dao investors should shoulder the burden for supporting a compromised project.

The main idea behind Ethereum Classic is that "code is law"— the notion that the software code cannot be tampered with. But most of the community disagreed.

What are the Key Differences between Ethereum and Ethereum Classic?

Ethereum Classic and Ethereum are both derived from the Ethereum blockchain, but they differ in several ways. ETC is a speculative digital asset with a fixed supply. ETH is just one of many tokens based on Ethereum's network, but it has gained more acceptance than ETC.

Ethereum has a larger user base and liquidity than Ethereum Classic. This makes ETH less volatile overall and more popular on exchanges, which may reduce the risk of investment. Ethereum also has the support of the Enterprise Ethereum Alliance, a group of more than 200 members, including big companies like Microsoft and JP Morgan Chase.

ETH can fuel decentralized applications (dApps), which users need to use to participate in the platform. Users sometimes need to use ETH to exchange for other necessary tokens. Other times, dApps may require small amounts of ETH to perform specific actions. There are no dApps or any other applications built on Ethereum Classic.

Ethereum or Ethereum Classic: Which is a Better Buy?

While both ETH and ETC provide for smart contracts, Ethereum has outpaced its competitor in popularity, trust from the community, and market value. In fact, ETH is the second-most valuable crypto chain in the world after Bitcoin, with competing blockchains such as Cardano still well behind.

Ethereum Classic has been successfully attacked by a miner or group of miners several times. It was subject to 51% attacks, which occur when a miner gains more than 51% control over the network's hash rate and then uses it to double-spend and steal coins. These concerns could prevent smart contracts via Ethereum Classic from being used in major financial transactions.

Another concern with ETC is its potential to scale. It can only manage 15 tps (transactions per second), which is less than what payment networks like Visa handle—more than 1,000 tps. Despite the fact that Ethereum Classic has undergone several software upgrades, its payment system scalability remains a significant challenge.

As mentioned, Ethereum is switching from a proof-of-work protocol to a proof-of-stake protocol, which it refers to as Ethereum 2.0, which will enable users to validate transactions and mint new ETH based on their ether holdings. This upgrade increases the capacity of Ethereum to support its growing user base, which reduces network congestion and eases transaction fees.

Ethereum is also continuously being adopted, even by high-profile enterprises. For example, Advanced Micro Devices (AMD) announced a partnership with ConsenSys in 2020 to build a network of data centers using the Ethereum platform.

Microsoft and ConsenSys have worked together since 2015 to develop Ethereum Blockchain as a Service (EBaaS) technology on Microsoft's Azure cloud platform.

Should You Invest in Ethereum and/or Ethereum Classic Now?

Whether or not you should invest in Ethereum or Ethereum Classic depends on your trading goals and the strategy of your portfolio. There are a few things you need to keep in mind when it comes to picking between the two, though.

ETC's outlook seems less promising than that of Ethereum since Ethereum is the more widely used network, especially in light of the security issues with Ethereum Classic. Until the Ethereum Classic has been improved in order to mitigate against future threats, in all likelihood the project will face ongoing challenges.

As a digital asset, ETC has a certain speculative value, but ETH is still more widely traded and is often regarded as digital silver to Bitcoin’s digital gold. It can often be helpful to look at the extent to which something like capital or investments are being put into the two coins to get a better overall picture of investor perceptions.

ETH is also more liquid. It's easier to buy, sell, and trade ETH than ETC, which is not available on all exchanges. For investors seeking a liquid and widely available investment, ETH might be a better choice. At the same time, ETC may be a better option for those who value immutability and the inability to meddle with the ledger.

Before deciding to invest in any one of the thousands of cryptocurrencies, take the time to consider your own needs and portfolio goals. And you should always do your own research by consulting a range of informative sources, which can include things like price predictions, the best books on crypto, the best crypto news websites, and the best crypto podcasts.

Knowing the difference between Ethereum and Ethereum Classic is important if you wish to make an informed decision about investing in cryptocurrency tokens. Both Ethereum and Ethereum Classic are open-source blockchain platforms with similar goals. However, they differ greatly in technical capabilities, community support, use cases, and market value, and it's crucial to understand the differences when building or diversifying your investment portfolio.