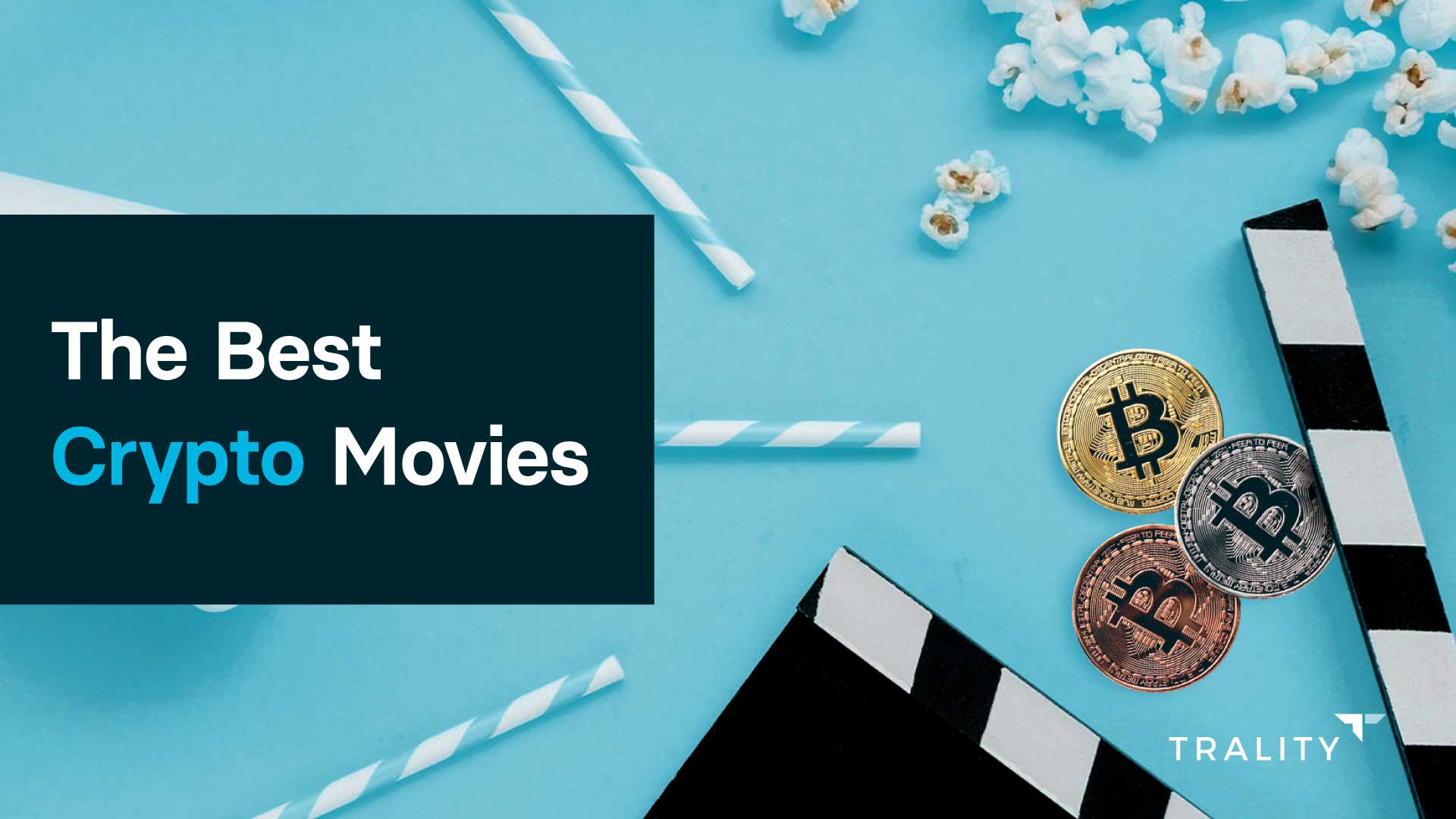 It’s taken the world a number of years to catch up to Bitcoin’s revolutionary promise, but mainstream investors are starting to take notice. Part of the problem has been the complexity of the tech involved. And then there are the early associations between crypto and illegal activity.

However, as the recent crop of crypto films and even the odd Bitcoin documentary all suggest, the times are changing. With more and more people entering the crypto space each year, and more and more cryptocurrencies being created, there’s a growing curiosity about the power and potential of blockchain. And what better way to learn more about it than by adding a few films and TV shows to your viewing rotation. After all, who has time to digest a three-hundred page book about blockchain? You’ll learn far more by watching an excellent primer, which can require less time than your daily commute to work each day.

Let’s begin with one of the best.

Amid the financial crisis of 2009, the pseudonymous Satoshi Nakamoto created the first cryptocurrency, Bitcoin. Over a decade later, the world still doesn’t know the real identity of Bitcoin’s creator. His last message on Bitcointalk was published on 12 December 2010, after which he disappeared. Why would he decide to conceal his identity despite the popularity of his invention?

It remains a riddle, wrapped in a mystery, inside an enigma. Arte’s recent series, however, attempts to tell the story of Bitcoin from the perspective of its creator: “At the beginning of 2009, in the midst of the financial crisis, ‘Satoshi Nakamoto’ put Bitcoin into circulation. He created the first decentralized and reliable cryptocurrency. In 2011 he disappeared. The Mystery of Satoshi tells the exciting history of Bitcoin and blockchain technology, from the perspective of its mysterious creator.”

It’s a six-part series, with each ten- or fifteen-minute episode taking viewers deep into the world of Bitcoin. Check it out for FREE on Arte’s website, where it’s available in six (!) languages. Episodes can also be watched on YouTube, but only for those who understand French or German. Below is a brief overview of each episode.

Episode 1: The Genesis of Bitcoin

The series opener introduces audiences to the mysterious identity of Satoshi and the underlying ideas behind Bitcoin.

"I've been working on a new electronic cash system that is fully peer-to-peer with no trusted party. My name is Satoshi Nakamoto, you do not know me, at least not yet, yet my invention will upset your lives."

According to Satoshi, the internet connected the world, but, gradually, it became an instrument of control. Thus, there was a need to create an alternative, a new world that would revolutionize our lives while preserving our privacy.

At first, Satoshi thought he won the war against banks and states by launching Bitcoin, but, as we know, it takes more than a handful of supporters to make an army.

In Bitcoin’s formative years, it suffered from a deficit of attention, as most governments dismissed it. However, individuals were willing to experiment with it, and the episode recounts what is considered to be the first Bitcoin purchase in which Laszlo Hanyecz made the first real-world transaction by buying two pizzas in Jacksonville, Florida, for 10,000 BTC on  22 May 2010. Can you imagine having 10,000 BTC today!?

We also gain some insights into why Satoshi decided to disappear. As Bitcoin started gaining attention and notoriety, the spotlight began to shift to undercovering the identity of the identity of the blockchain’s creator. After receiving an email from Gavin Andressen in April 2011 in which he admitted to a scheduled meeting with the CIA to talk about Bitcoin, Satoshi ceased communicating.

Seeking to find the true identity of Satoshi, something of a media frenzy developed. While the media believed that they found the man behind the Bitcoin curtain, Bitcoin continued to gain in popularity. Bitcoin’s open, trustless protocols meant that the blockchain could continue to develop in the absence of its creator.

Aside from the media circus, the episode explores a number of technical aspects of Bitcoin, including the concept of a blockchain, Bitcoin mining, and how transactions are verified.

Bitcoin begins to skyrocket in value, drawing the usual media attention around crypto’s nouveau riche and newly poor, who have wagered and won (or lost). With Satoshi’s exit stage left, a number of people, most notably Craig Wright, claim to be the inventor of Bitcoin. Whoever has access to these millions of Bitcoins, the logic goes, must then be the creator of Bitcoin, right?

However, this search for Bitcoin’s inventor leads to a shift in focus away from the tremendous technological and social innovation behind Bitcoin and blockchain technology.

Its success also results in an influx of other cryptocurrencies into the market, as viewers learn more about the possibilities of blockchain technology for creating altcoins and decentralized systems.

Now realizing the potential, or threat, of Bitcoin, governments become increasingly interested in cryptocurrencies. Some such as China even start to develop their own "digital central bank money." However, China's “e-yuan” (much like virtually all government-backed digital currencies) embody the exact opposite of Bitcoin and its underlying ethos of open-source, free, and anonymous. The stage is set for a showdown between cryptocurrencies, Big Business, and Big Government, and we are still witnessing how it’s playing out to this day.

Will crypto herald the end of the traditional banking system and fiat money as we know it? The series can’t possibly provide any answers, but it’s an excellent primer for anyone interested in Bitcoin and the development of cryptocurrencies.

Cryptopia: Bitcoin, Blockchains and the Future of the Internet (2020)

Directed by Torsen Hoffmann, Cryptopia: Bitcoin, Blockchains, and the Future of the Internet offers a balanced approach to the subject of blockchain and the possible future of cryptocurrency. The documentary does a very good job of explaining the concepts, the controversies, and the developmental challenges of digital currencies. Consisting of three acts, it offers a clear explanation of concepts, even for those unfamiliar with crypto, presenting various sides and multiple perspectives in this revolutionary industry.

Recapping some of the challenges of traditional financial systems from his previous documentary, Hoffmann introduces us to the fundamentals of Bitcoin, highlighting its original purpose as a peer-to-peer payment system. In Act 1, we also see why some major financial institutions and governmental organizations have taken an anti-Bitcoin stance before moving on to the explosive increase in the market value of Bitcoin in which it becomes positioned as digital gold.

Seeking the unbiased opinions of some of the notable founders of crypto tokens, Hoffmann explains the idea behind smart contracts, the Ethereum network, and the various possibilities in Blockchain technology. Here, we see a shift of interest from one blockchain to several blockchains. Hoffmann also looks at the role of initial coin offering (ICO) for new projects, the emergence of new assets, and the influx of fraudsters into the crypto space.

Act 3 - The Future of The Internet

In his third act, Hoffmann compares the similarity between the development of the internet and the blockchain industry, exploring the challenges of the internet while highlighting the possibility of blockchain to overcome them. The documentary concludes by looking at decentralized finance (DeFi) as a possible solution to preventing tech giants from controlling users' information and identities.

Crypto movies can cover many different angles. Crypto, for example, has all of the trappings of a Hollywood crime thriller. Let’s take the IMDb description: “Demoted back to his hometown, a young Wall Street banker is drawn into investigating a tangled web of corruption and fraud in Upstate New York, affecting both his personal life and business career.” There has always been an association between crypto and illegal activities, and John Stalberg Jr.’s film explores the darker side of cryptocurrencies. The film stars Beau Knapp, Alexis Bledel, and Kurt Russell.

After reporting a business worth $7 billion for violating anti-money laundering (AML) rules, Martin (Beau Knapp) gets demoted to his hometown, where he reunites with his childhood friend, Earl, a computer genius who secretly mines cryptocurrency.

Fighting the good fight against money laundering, Martin decides to review the bank’s records, which leads him to investigate an art gallery. With the help of his childhood friend’s hacking skills, Martin uncovers a billion-dollar money laundering scam involving cryptocurrency, one that puts his life and those that he loves at risk.

Trust Machine: The Story of Blockchain (2018)

If you’ve ever been curious about the circumstances that led to the birth of cryptocurrency, you should definitely add Trust Machine: The Story of Blockchain to your list of films to watch.

As one reviewer has written, “TRUST MACHINE is the first blockchain-funded, blockchain-distributed, and blockchain-focused documentary, from entertainment tech company SingularDTV and Futurism Studios. The feature documentary explores the evolution of cryptocurrency, blockchain and decentralization, including the technology's role in addressing important real-world problems, such as world hunger and income inequality.”

Produced by Christopher Cannucciari in 2016, Banking of Bitcoin is a documentary that explains the fundamentals of Bitcoin and the mysterious identity of its creator. It also explores all aspects of the Bitcoin industry and possible stumbling blocks to its widespread adoption.

More of the same, you say? Not quite. There is an ideological battle at stake and Cannucciari’s documentary dramatizes the stakes quite well. Take the film’s teaser: “Bitcoin is the most disruptive invention since the Internet, and now an ideological battle is underway between fringe utopists and mainstream capitalism. The film shows the players who are defining how this technology will shape our lives.”

One of the values of Cannucciari’s documentary is that he takes you behind the scenes, probing deeper into the various actors involved in the high-stakes game of cryptocurrency and its development.

Although it’s the oldest entry on our list (and we all know how quickly the crypto space can change), Torsten Hoffmann’s first documentary Bitcoin: The End of Money As We Know It is definitely worth your time. Instead of beginning with Bitcoin, Hoffmann chooses instead to start with the origin of trade, tracing it back to ancient systems of barter.

Fast-forwarding to the present, Hoffmann directs his filmic gaze to the problematic role of governments and financial institutions in creating money and how these institutions can cause inflation based on their actions. Even if you think that you know all about money, you should still check out this film!

We’ll give the final words to Hoffmann himself: “this film explains how most money we use today is created out of thin air by banks when they create debt. Epic in scope, this film examines the patterns of technological innovation and questions everything you thought you knew about money. Is Bitcoin an alternative to national currencies backed by debt? Will Bitcoin and cryptocurrency spark a revolution in how we use money peer to peer? Is it a gift to criminals? Or is it the next bubble waiting to burst? If you trust in your money just as it is - this film has news for you.”

As cryptocurrency continues to gain global attention, future crypto movies and documentaries will surely explore the latest developments, controversies, regulations, and rags-to-riches stories. However, before you learn about the future, you need to understand the past, and these documentaries and films do an excellent job of teasing out the many complexities and debates surrounding cryptocurrencies and the underlying blockchain technology that makes it all possible.

Grab your popcorn, get comfortable, and enjoy!