Hedge Funds are Hot, but Trality is Leveling the Playing Field 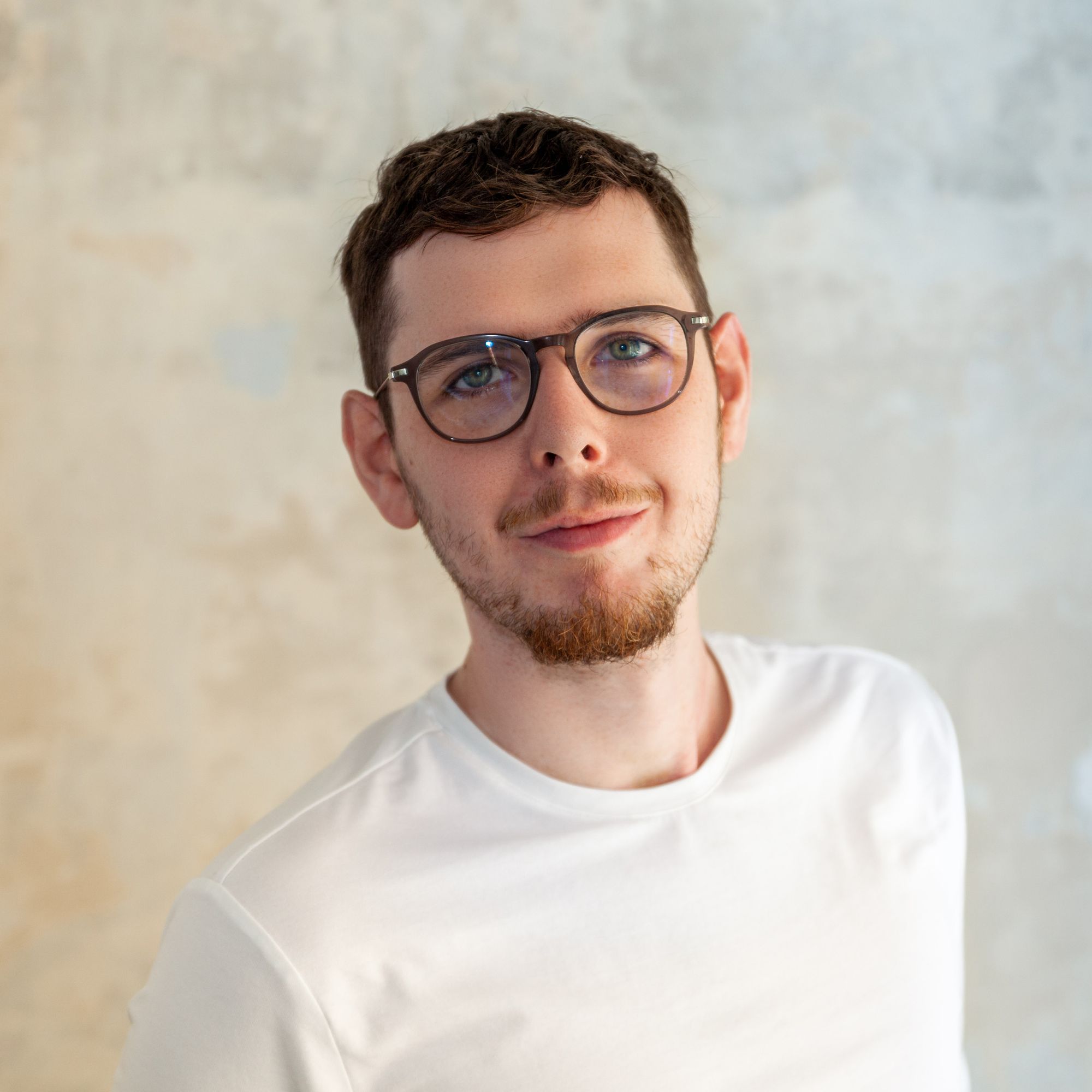 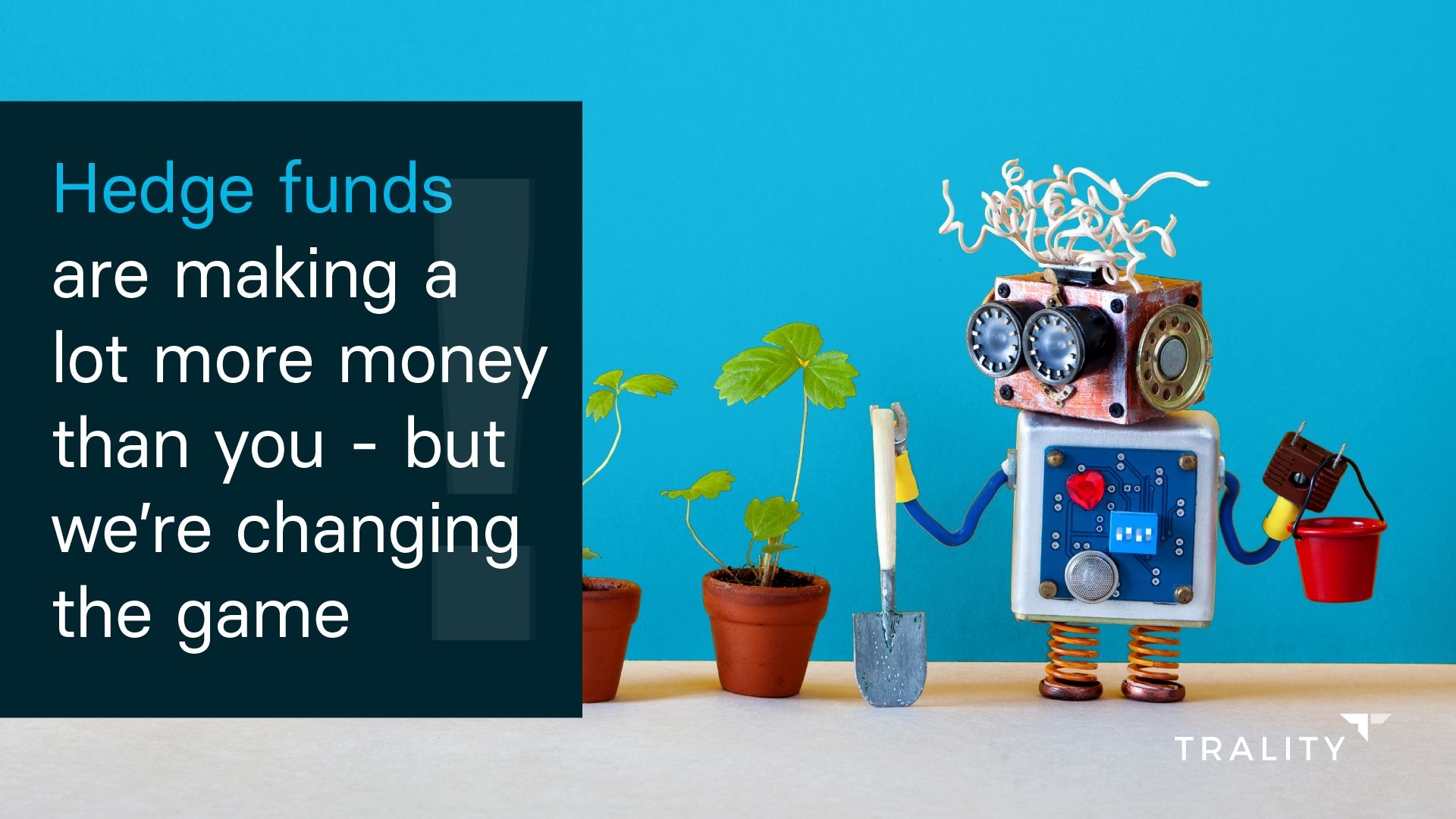 The concept of algorithmic trading has been employed by large financial institutions like hedge funds, banks, pension funds and market makers since the concept of trading has existed. It’s no surprise that these institutions look for experienced mathematicians, statisticians and quantitative analysts to make sure they always perform better than the everyday private investor like you or me. It’s essentially what they are designed to do - make money.

With that in mind, it should come as no surprise that virtually all major hedge funds outperform the average investor time after time.

Who is using algorithmic trading to make big returns?

Gabe Plotkin
Gabriel Plotkin is one of the most prolific Hedge Fund managers in the world and the founder of Melvin Capital managed to see earnings of $846 million in 2020 with a total fund return of 53%. A quick google will show you that Melvin Capital hires several quants to create its algorithms and execute its automated strategies.

Izzy Englander
Izzy Englander is a hedge fund manager for Millenium, an asset management company with a track record of successfully using their quants to generate a lot of returns. In 2020, Izzy managed to earn a whopping $2.2 billion with a return of 26%.

Jim Simmons
Jim Simmons is a manager at Renaissance and a major propagator of quantitative analysis and algorithmic trading strategies. This manager was also able to turn around a jaw-droppingly large sum of money with earnings of $2.6 billion and a total fund return of 76%.

Chase Coleman
There could only be one winner though and that spot was reserved for Chase Coleman. The hedge fund manager of Tiger Global. Not only was his fund able to surpass  Jim Simmons by half a billion dollars for a total of $3 billion but he also managed to bring back 48% in returns which is no joke.

Why do they use algorithmic trading?

"The time will come when no human investment manager will be able to beat the computer," David Siegel, the co-founder of quantitative fund Two Sigma, which manages $35 billion, told an investment conference in 2015.

David Siegel is a prophet.

He made this quote in 2015 and by 2021, his predictions had already started to materialise as we have seen in the first section of this blog. It’s not hard to understand why he made this statement once you get a little deeper into the tangible benefits of automated bot trading - so let’s go through some of them right now.

Bots, unlike humans, don’t get gut feelings. They don’t receive questionable trading tips and signals from murky Telegram groups and they don’t cry when they are hit with a big loss. They are not subject to FUD (fear, uncertainty and doubt) and they certainly do not suffer from FOMO (fear of missing out). Bots are unbiased, unemotional and trade on cold hard data - something that humans simply can not replicate.

More than that, a trading bot sticks to its algorithm. It’s disciplined. As traders, it’s tough to lay out a strategy and stick to it manually. Too often, great opportunities present themselves and we will spare no time in diverting from our plans to buy the dip or ‘sell the top.’

However, those dips and tops might result in a poor trade which burns the trader and makes them reluctant to trade the next big opportunity - even if that opportunity is the only one that the poor trader should have taken at the end. If this sounds like a headache - that’s because it is.

Bots are 1000x faster than you at making orders

When it comes to anything online, a bot is faster than you - there’s no debate. This can be a chatbot integrated into a support tool or an aimbot built for Call of Duty. With that being said, it should not be surprising that trading bots act way faster than human traders too.

Whilst you’re sitting in the bathroom or riding the metro when you see a developing uptrend, your bot has already made the appropriate order and those precious few minutes can be the difference between profit and loss. This speed is even more crucial in the notoriously quick-moving and volatile cryptocurrency market.

The ability to backtest

Backtesting is when you take the strategy that you have come up with and you put it through its paces based on historical data. In other words, you can see how your bot would have performed in those scenarios e.g. Uptrends, downtrends and sideways trends. This is by far and beyond one of the most advantageous aspects of using automated trading and perhaps the powerful weapon that an algorithmic trader has in their arsenal. We at Trality have a brilliant backtester which can run tests with lightning-quick speed and precision.

More than that though, with Trality you can run what is called a ‘walk-forward test’ or as it’s more commonly known - paper trading. Where you deploy your bot into a live virtual environment to see how it performs in the present.

Diversify with no trouble at all

People who run bots can trade across multiple exchange accounts seamlessly. But that’s not all, they can execute multiple strategies at the same time too. That way, users can negate or spread the risk out over a selection of instruments while hedging against unprofitable positions.

All of the above can be achieved by a bot in milliseconds whereas a human attempting such a feat would simply not be possible.

Why are we telling you this?

When you signed up to Trality. You became one of the first private investors in the world to have the ability to replicate the success of those financial giants. Our mission is to democratize the world of algorithmic trading, rip those tools from the hands of the permanently-wealthy financial institutions and give them to you (or anyone who wants them).

Day by day, more and more users sign up to Trality because they are tired of the daily slog: watching the charts until their eyes turn square, trading on a gut feeling or trying and failing to time the volatile market. Do you think hedge funds suffer the same problems? (Protip: they don’t.)

You have everything you need

Trality has given you everything you need to replicate their success. Not only that but we offer those tools to a wide variety of traders at a fair price. For those who are unsure, we have a permanently free plan and for those who are ready to compete with the hedge funds - we have more extensive packages. 💪

Whatever your style, just know that you now have the power to trade as they do. Nothing is stopping you from gaining a 70% yearly return (or more) - with your own trading algorithm. Heck, you could even start your hedge fund! But that’s a story for another day.

If you already feel confident enough to create then feel free to experiment with our flexible tools! It’s 100% free to create, test and deploy your first bot into a live market - forever.

(With paid options for those who need a little extra flexibility.)